A downloadable game for Windows

Includes the free expansion pack, "Scholar of the First Wuss"!

Play the acclaimed retro action RPG extravaganza almost nobody's been talking about (but should be!)

Take up your mace, dust off that cross, whip out that bible and check this puppy out! Do it for yourselves, do it for the sake of mankind, but most of all DO IT FOR ME!

You can still check out the demo for this at the following link:

In order to download this game you must purchase it at or above the minimum price of $4.99 USD. You will get access to the following files:

Wait, is this game steam exclusive? I use itch to avoid steam. This is the worst.

Yes sir, for now at least. It's set up with achievements and all that now but maybe I can put it up elsewhere. The game as it stands now is loads better than the demo too maybe I should rethink my strategy

It's not Steam exclusive anymore, buddy!

Enjoy the full game plus all the goodies from the free expansion pack rolled into one!

The game will be released next Thursday, May 19th at 3pm EST. Thanks everybody!

Just a Cleric on Steam:

I enjoyed this quite a bit. the art style is simple, but does the job and the prayers were cool to play with.. The text is too hard to read though, especially when I played in fullscreen. Will be keeping an eye on this one.

I checked out a couple of other possible fonts of the smallish variety and so far they look even worse! I guess with a 160 x 112 frame you just can't win! I really appreciate the vote of confidence though, there's a lot to the game and I won't let you down

Ouch! Bad art, bad combat, bad texts.. That's the hat trick of what you don't want to hear about your baby lol.

The funny thing is that I actually went back and made the texts larger and easier to read than what it was. The reason they are so small in the first place is that the game was made to fit a 160 x 112 pixel screen and unfortunately the only text that really even fits those dimensions is MS's own 'Small Fonts'. If I had to do it over again I'd make the frame size larger to accommodate for larger and more legible texts.

The art: Well, I like it but I can see where somebody wouldn't. There's a game on Greenlight now that has visuals that would be right at home on an Atari 2600 that I personally adore, but I can totally see why the masses there aren't upvoting it. Like Les once said, 'It's just a matter of opinion!"

The combat is pretty cut and dry, again I don't see too much wrong with it and have played games with a much worse system. But again, you have your opinion and that's cool because not everybody likes the same thing all the time. I did a lot of work making all the weapons attack differently or behave differently in some way, and to me that's an accomplishment I can be proud of!

I do thank you for your feedback though. I know it takes nuts to tell somebody else they think their game isn't that good to their face and I actually dig the honesty. Maybe the full game will be more up your alley, hey who knows

The text is almost unreadable, if it was more clear it wouldn't hurt to read it. Voice acting is okay but not a problem. Combat is not good nor is the art style

On a more positive note, I do like the humour as I am a fan of the Tabletop D&D and I feel like the majority of the game is going to be D&D related when you release it...

All I ask is some tool tips and making things more detailed, other than that it is enjoyable. 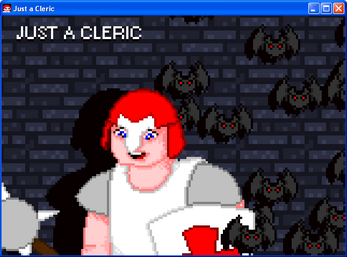 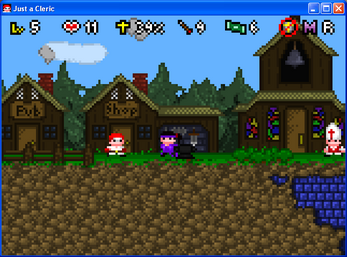 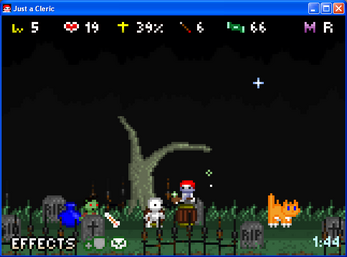 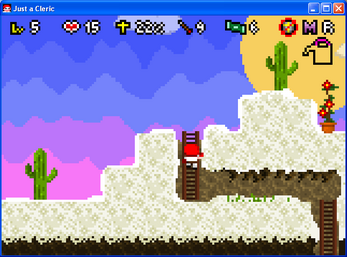 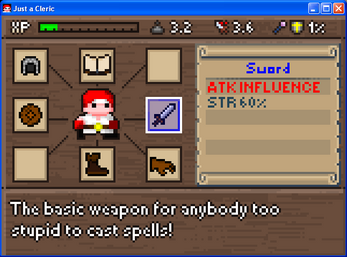 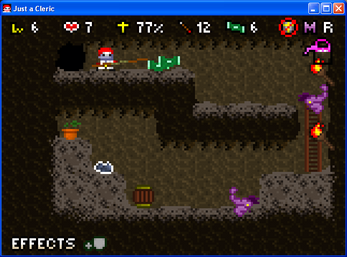 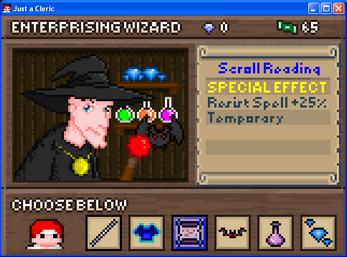